It’s hard to imagine a worse stretch for Donald Trump than what has transpired since the DNC Convention.  In my most recent blog post, I raised the spectre of a Trump presidency based on a 7-point lead in the USC-LA Times rolling-track poll.  I went on CKNW 98 with Michael Smyth and talked about the importance of not underestimating Trump’s chances.  The threat might almost seem to many like a moot point now.  That’s a dangerous assumption.  I still believe that Trump can win – it’s not likely that he will win, but he could win.  Despite his egregious campaigning, his poll numbers could be a lot worse. 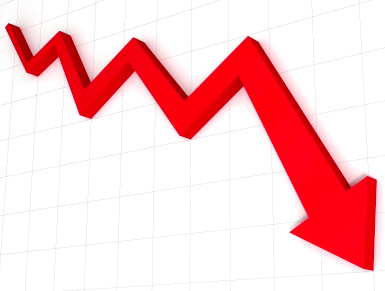 The USC-LA Times poll has a big sample (over 2000) and runs on a rolling track so that there’s fresh interviews every night, with the most recent night replacing the results from 7 days previous.  Compared to other polls, this polls has been among the most friendly to Trump (other polls have Clinton up, on average, 7 points).  Right now, USC-LA Times has the race tied whereas Trump had opened a seven point lead following the RNC Convention.

Perhaps the USC-LA Times has a built -in skew, which can happen in online panels, but what it does tell us is the trend and who has moved the hardest toward Clinton.  In that respect, the answer is resoundingly women.

Since July 26, Clinton has broadened her lead among women from one point to thirteen (50-37). 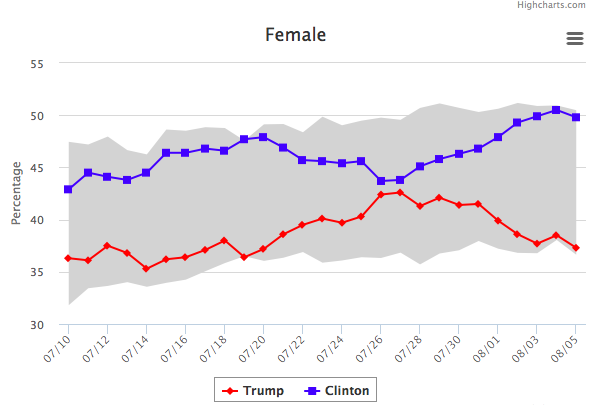 Despite Trump’s self-inflicted bad press, his support is remarkably resilient among men.  In fact, he hasn’t lost any support since July 26, holding at 52%.  Clinton has moved up from 37% to 39%. 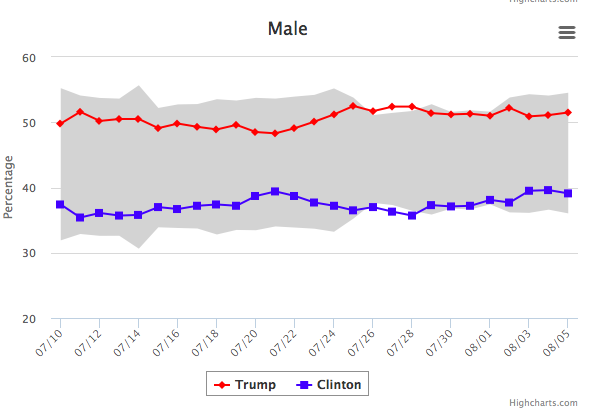 Trump’s support among white voters is also largely unchanged.  He’s down about one point since July 26 while Clinton is up 2.  Trump couldn’t do any worse with African-Americans so he’s constant there, getting absolutely blown out.  Hispanics and “Other ethnicity” (not White, African-American, or Hispanic) have shown movement away from him. 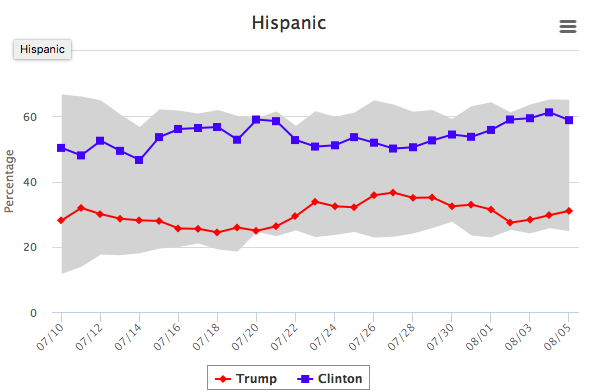 Trump had a sizeable lead on July 26 among this group but Clinton has now closed the gap, moving the numbers from 59% – 33% to a dead heat at 46% each.  One can easily speculate that the controversy with the family of the Muslim-American war hero precipitated this change. 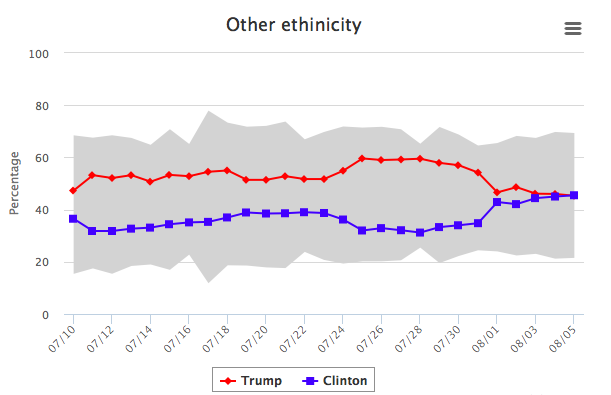 So how could Trump still win?

Narrow geographic pathway.  Trump must hold all of Romney’s states (a tall order) and win Florida, Ohio, and either Pennsylvania or Michigan.  He has been neck and neck in Florida and Ohio, and further behind in the latter two.  He’s banking on his message of economic alienation working among traditional Democratic voters.  It was going to be a narrow pathway for any Republican – Rubio, Cruz, Bush, Kasich or anyone else.

Clinton’s unpopularity.  As poorly as Trump has seemed to perform in the past ten days, Americans are not crazy about Hillary Clinton either.  Certainly, she has had an upswing, particularly with women, but she remains a juicy target for the Republicans.

Time.  Trump has lots of it.  Three months is a political eternity.  If he continues to death spiral, some speculate he might not even make it to November.  I wouldn’t rule it out, but the more likely scenario is that he regroups.

Stabilize.  Just a little less craziness would be a big momentum builder for the campaign.  Expectations are now so low for the Trump campaign that a solid week of on-message performance may completely change the narrative.  There are so many media cycles between now and November, and so much thirst by the cable news networks for content, that you could get the media to run with almost anything.

Clinton is in a much stronger position in terms of discipline, money, infrastructure, and the breadth of her coalition.  Yet Trump remains in striking distance.

So can Trump still win?  Yes.  We can look to countless examples of conventional wisdom being upended whether it was Justin Trudeau’s shocking majority government win only 60 days after he was in third place, the Brexit results, or the rise of Trump himself. He still has strong support among white voters and men.  The Democrats cannot afford to take their foot off the Trump campaign’s throat until it’s over.  Polls schmolls – you never know until the votes are cast.