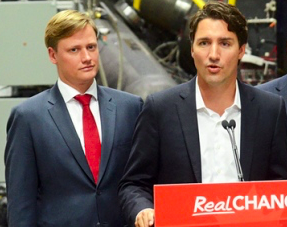 Burnaby South has been in the news a lot lately. Burnaby? In the news? Not something we used to read very often, but Burnaby residents have gotten used to the spotlight lately. Whether it’s Kinder Morgan in the north, or Jagmeet Singh in the south, Burnaby’s ridings have been the focal points of several major news stories for 2018 and 2019.

Political observers are talking about how Jagmeet Singh will fare in his bid to gain a seat and become an MP as he deals with turmoil within the NDP. Win or lose Mr. Singh will face serious headwinds…but lose and he’s finished. Will the voters of Burnaby give him his victory and a chance to lead the NDP into the next general election in October?

Kinder Morgan – it’s the issue everyone wanted to talk about 6 months ago, and Jagmeet Singh opened his candidacy by attacking the “leaky pipeline.” I said then that Mr Singh missed the mark with Kinder Morgan, which is a minor issue in Burnaby, and not one that would decide the by-election here. The current situation in Burnaby, despite all the attention heaped on it through the summer and fall, is that no candidate is focused on Kinder Morgan. Burnaby residents are ultimately practical and realistic on Kinder Morgan, as are most Canadians. Responsible resources extraction is necessary for the Canadian economy and the residents here recognize that. It is a very loud minority who made it the issue it was.

What the candidates have all zeroed in on is the major issue in Burnaby of housing. It is the issue which sank Derek Corrigan, the four-term mayor of Burnaby, who lost to current mayor Mike Hurley last October.  Once again, the issue is front and centre. Like all the Lower Mainland, Burnaby is expensive and residents here want to see more action taken at all levels of government.

These issues are in many ways similar to the ones I came across doorknocking and speaking with residents during my 2015 federal election campaign. During that election there was also serious concern about the Harper Government and their impact on Canada’s image and sense of ourselves as a compassionate society. Canadians want a government that listens to them and understands their concerns and Burnaby residents are no different. That is why I always thought, and still do, that Mr Singh’s major challenge this by-election is gaining local credibility with Burnaby voters.

Mr Singh clearly thinks Burnaby is an NDP slam dunk or he wouldn’t be here. History is on his side, but will Burnaby voters deliver what Mr Singh expects? “All Burnaby” ridings (that is, ridings entirely within Burnaby, not split over city boundaries) have gone NDP for over 40 years. Mr. Singh and the NDP clearly are hoping for a repeat of the voting pattern in October.

There is, however danger in this. Burnaby is changing and the 2015 general election proved that. In that election Burnaby North Seymour went Liberal and in Burnaby South the incumbent Kennedy Stewart narrowly hung on to best me by 547 votes. But the larger gamble the NDP and Mr Singh are taking is assuming that Burnaby residents are the same as they were 40 years go (they aren’t) and thinking they will readily accept a candidate who parachuted in, with no community connections.

I believe Burnaby residents want an MP who knows the community and understand them. I remember distinctly that the most common response to our team in 2015, an election in which we doorknocked for over a year prior to Election Day, was “No one has knocked on my door since Svend was our MP.” “Svend” is, of course, Svend Robinson, who served Burnaby for 25 years as MP. Like him or hate him, Svend was someone who understood Burnaby, worked tirelessly to be present locally as an MP and develop personal relationships with his constituents. Svend’s rival at the time, Bill Cunningham (Liberal) and successor (Bill Siksay) also had deep, long standing relationships with Burnaby. Burnaby misses this. It is no doubt one of the key reasons our election campaign did so well in 2015, despite the entrenched NDP history. Local wins here. The fact that recent NDP representative Kennedy Stewart resigned as MP and immediately began touting that he was from Vancouver and always wanted the job of Vancouver Mayor has only deepened the desire of Burnaby residents for a long-term MP intent on local priorities and issues.

What can we expect of this by-election?  At the outset my opinion, bluntly put, was that Jagmeet Singh should have lost Burnaby South decisively. However, current events have conspired to make that loss seem unlikely.

Due to the close race in 2015, the story everyone (sensibly) made was that this would be a tight race between the Liberals and the NDP. However, the former Liberal candidate, Karen Wang, was forced to resign due to comments she made on WeChat regarding Mr Singh. This botched campaign start, followed by the scramble to replace her has hurt Liberal credibility locally. Now, the national Liberal scene is being shaken by the SNC-Lavalin affair. Does this mean the Liberals are cooked in Burnaby South? No, but they have made their lives significantly more difficult than it ought to have been.

One party not being talked about at all is the Conservatives in Burnaby. They have flown under the radar in this by-election despite strong results in 2011 (40%) and even 2015 (27%), given the circumstances. In my mind they were a dark horse contender until the People’s Party of Canada was founded. This long shot is now essentially non-existent.

The PPC is running an ostensibly strong candidate in former local school trustee candidate from 2018 Laura-Lynn Tyler Thompson. Ms Thompson has been controversial for her anti-SOGI comments and stance on similar issues, yet still received over 15,000 votes in the 2018 municipal election. While campaign signs don’t mean anything at the ballot box, it’s hard not to notice the disproportionately high amount of PPC signs around Burnaby, given the party is supposed to almost be a fringe joke nationally. If Ms Thompson can rally her supporters from 2018, I would watch for the PPC to seriously surprise people and perhaps even see Burnaby South legitimize the PPC as a minor party.

Jagmeet Singh meanwhile continues to be at best an unknown, enigmatic figure for most Burnaby residents. He talks in bland platitudes, doesn’t have a clear stance on anything and equivocates when asked direct questions. At his first press conference he claimed to be “All in on Burnaby.” He isn’t. His strategy seems to be “Burnaby will vote NDP no matter what.” Past that, it’s hard to see any notable impact he has made on the community or its residents.

In the end, despite his lack of connection to the riding and lack of understanding as to what makes Burnaby tick, I foresee Mr Singh and the NDP pulling this one out on the basis of history. The Liberals did themselves no favours in the run up to or first half of the by-election and simply have too much ground to make up. The Conservatives will be split by the PPC and fade away.

So the surprise is that the Liberals and Conservatives do not look like they can take advantage of a weak NDP leader with no connection to Burnaby, while the upstart PPC might have a boost that puts fuel in its tank.  Politics is always interesting in BC.