A coalition governed the province. Two parties shared power then devised a new voting system to suit their own interests. With it came unexpected consequences.

The Liberals and Conservatives had governed BC as a Coalition since the early years of World War II. By 1952, the Coalition was straining and ultimately fractured. Premier ‘Boss’ Johnson, a Liberal, fired his Finance Minister, Herbert Anscomb, the Leader of the Conservatives. Anscomb took his Conservative colleagues with him and departed the Coalition. Not long after, an election was called.

Prior to the election, the voting system was changed to single transferable ballot, also known as a preferential ballot. This is the same system that is used by political parties to choose local candidates and their leaders. It’s very simple – voters rank the candidates in order of preference. It assures that the winning candidate ultimately has at least 50% + 1 of eligible ballots in his or her riding.

The motive of the Coalition government was to block the Cooperative Commonwealth Federation (CCF), the forerunner of the NDP, from power. The assumption was that Liberals and Conservatives would be each other’s second choice.

They did not account for W.A.C. Bennett, a Conservative MLA who left that party to sit as an independent. After considering his options, Bennett decided to join the Social Credit Party, then a rag-tag group in BC, but growing rapidly as discontentment with the Coalition grew. The Socreds did not have any MLAs in BC, but they had been governing Alberta for over 15 years. 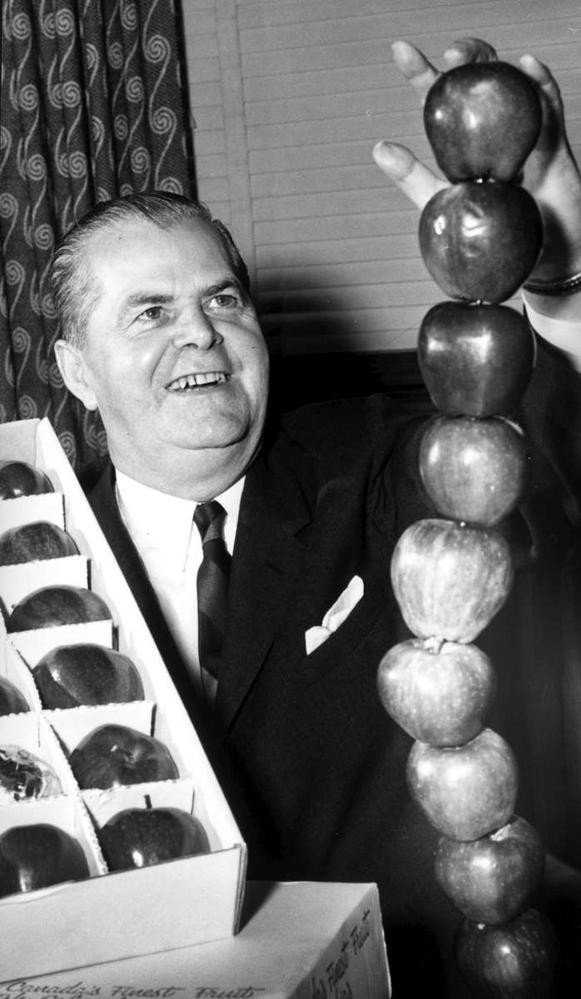 Due to the new voting system, no MLA could be declared the victor unless he or she had a majority. The second count started three weeks after Election Day on July 3rd and the counting dragged on throughout the first half of July.

Had it been first-past-the-post, British Columbia would have most likely seen the first CCF government in its history in 1952 (Saskatchewan had a CCF government at the time). Clearly, with 21 of 48 seats, and a seven-seat gap over the Socreds, the CCF would have been asked to govern.

But the second and subsequent counts very much worked against the CCF. The CCF would drop from 21 seats to 18. The Socreds would rise from 14 seats on the first count to 19 seats by the end. The capper was that the Labour MLA from Fernie, Tom Uphill, expressed his preference for the Socreds, denying the CCF a de facto tie. The Coalition parties were probably aghast at these upstart parties contending for power.

The amazing thing about this situation is that the Social Credit did not even have a confirmed leader during the election. Their campaign was ‘led’ by an Albertan, Ernest Hansell, with Alberta Premier Ernest Manning having much influence over the BC wing. After the election was over, the leader was to be chosen by the new 19-member caucus. 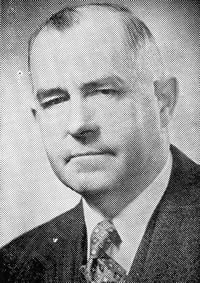 On July 15th, when the final results were clear, the new Socred Caucus met at the Hotel Vancouver to choose the presumptive premier. Since there had been little by way of organization and no existing caucus, the new MLAs barely knew each other. Bennett, who was the best known and most strategic of the group, won with 14 of 19 votes.

It was no given that Bennett would be asked to form a government. After some deliberation, Lieutenant-Governor Clarence Wallace did invite Bennett to form a government on August 1st, 1952. This happened after the Chief Justice changed his mind about whether Wallace should call upon Bennett. (It was the original Matter of Confidence).

Less than one year later, Bennett’s government was defeated in the House, in a move that was stage-managed by Bennett himself.   The L-G again had to decide the fate of the government. Instead of inviting CCF leader Harold Winch to form a government, an opportunity that Winch strongly advocated for, he let the voters decide. 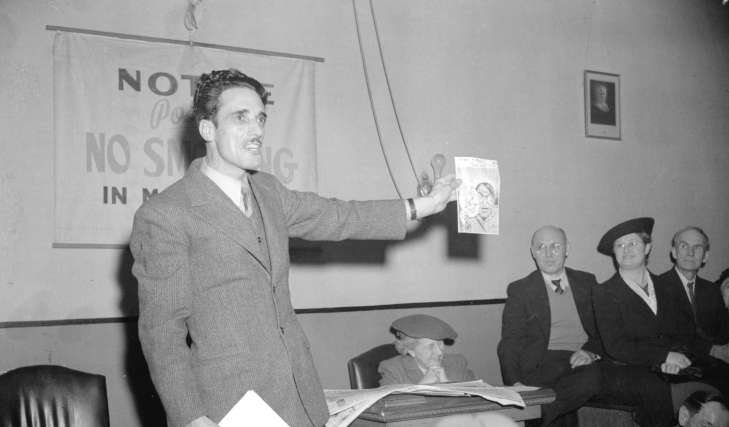 CCF leader Harold Winch: “I wuz robbed!” is probably what he said about the 1952-53 period

Again with the single transferable ballot system, Bennett went on to win a majority government this time. After the 1953 election, the Socreds scrapped the system and went back to First-Past-the-Post, which has been the system ever since, and has been the only system ever used in federal elections in Canada.

The moral of the story: electoral reform can have unexpected consequences. Voters in 1952 could clearly see the self-serving motives behind the Coalition’s move to change the system. They punished those parties, with both establishment party leaders losing their seats. While the Coalition succeeded in keeping the CCF out of office, they unintentionally created a political dynasty, the Socreds, which would govern for 36 of the next 39 years.

(As a newly minted supporter of the Social Credit Party, W.A.C. Bennett claimed in the Legislature prior to the 1952 election that the Socreds would win the next election, and that the Liberals and Conservatives “won’t be back for fifty years”. It turns out he was right on the first, and eerily prescient on the second. It would take 49 years for a party called Liberal or Conservative to win another BC election – Gordon Campbell’s BC Liberals in 2001.)

It is a little bit ironic, considering the ProRep referendum, that it was electoral reform that denied the NDP, er, the CCF, it’s first taste of power in 1952. They would have to wait 20 years until Dave Barrett was elected in 1972. Perhaps that’s why this electoral system,  used twice before in BC, and in selecting party leaders and local candidates, was not one of the three options put forward in this referendum. There might be too many bad memories attached to it.

But one thing that can be said for sure in BC:  changing the electoral system to suit your own interests has proven deadly for a government once before.

(I leaned heavily on Paddy Sherman’s Bennett, for a history of this period).