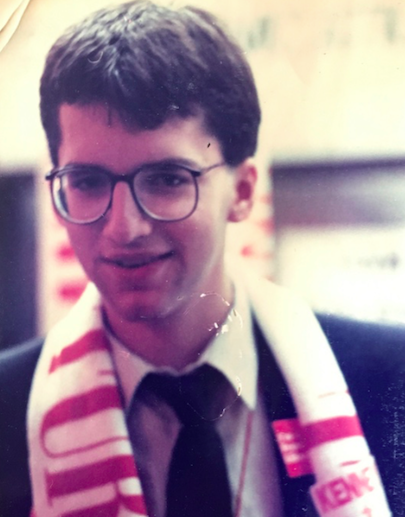 Once upon a time, I was a teenage vote-splitter.

I was that kid who nerded out on politics. I joined the Liberal Party at its nadir, when it had zero seats provincially in British Columbia. I could have joined one of the big parties, but I felt at home with the smaller, and not yet even fledgling Liberals.

I went to my first party convention in 1985. The leader of the BC Liberal Party was Art Lee, the first Chinese-Canadian leader in BC history. The BC Liberals were coming off an election where they received 3% of the vote and had no seats.

I worked hard for Art Lee. He came out to my high school, he appeared in the local parade. In fact, at that tender age of 16, I became the president of the Liberal association for the riding of Dewdney. I used to have great chats with the Social Credit MLA Austin Pelton. He would tell me, “I didn’t leave the Liberal Party, the Liberal Party left me.”

Art Lee brought the BC Liberals to 7%

This was a refrain from many Liberals turned Socred who understood that a ‘coalition’ was the best way to win against the NDP. Notwithstanding Austy’s tutelage, I continued with the Liberals and we received 7% in the 1986 election and zero seats.

Art Lee moved on and we needed a new leader. Gordon Wilson volunteered and was acclaimed on Halloween day 1987. No seats, no money, and not much more than that. We encountered setback after setback. Yet, Wilson, and a core group, never stopped fighting and kept the party afloat. The Social Credit Party under Bill Vander Zalm was self-destructing and the NDP were, well, the NDP. Through my university years, I continued to hope for a Liberal breakthrough.

In 1991, we ran (close to) a full slate of candidates and protested our way on to the Leaders’ Television debate. In one brief moment in that debate, Gordon Wilson crystallized the mood of the voters when, pointing at rival Social Credit and NDP leaders, he said, “Here’s a classic example of why nothing ever gets done in the province of British Columbia.” Wilson and the Liberals went from zero seats to form the Official Opposition and take 33% of the vote.

The BC Liberals would ultimately reshape itself into an electoral coalition that would win four majority governments from 2001 to 2013 and win a plurality of seats in 2017. We didn’t need proportional representation to succeed. We started with nothing. We did it by growing, inviting, including, and responding to the voters.

As you may have guessed, I’m voting to keep First-Past-the-Post (FPTP) and reject the cooked-up Proportional Representation (PR) scheme being pushed by the GreenDP.

Never once, when I was a teenage vote-splitter, did I feel the need to question the validity of first-past-the-post. It was frustrating, as a third party, to fight against the vote-splitting argument. However, we saw a pathway because we wanted to be a big-tent party. We worked hard. We earned it. We didn’t ask for political charity.

This is good for our electoral system. Unlike the United States, we have a dynamic party system. We are not bolted to a two-party dynamic that will never change. We have a tradition of protest parties that evolve into mainstream parties. We have also seen fit to relegate some parties to the dustbin of history.

This is good for change and renewal. Under FPTP, the BC Social Credit dropped from 36 years in power to a third-place finish in 1991 to virtual extinction. Had we had PR, the Socreds would likely still exist.

Maybe some would say, “Great!” But I would say that that party had its day, and it was time to start afresh with something modern. ‘Firing’ a political party introduces a different set of leaders and provides opportunity for young people and new voices.

Across Canada, what’s become of the Union Nationale, the United Farmers of Alberta, the Alberta Social Credit, and the Saskatchewan PCs? These once-dominant parties also went into a period of decay then disappearance. PR would have kept them on life support, delaying change and renewal.

Under FPTP in Canada, there is a natural evolution of protest parties too. When mainstream parties falter, upstart parties emerge. The Progressive Party fused with the Conservatives to form the Progressive Conservatives, a venerable national party for over half a century. When the Reform Party emerged due to western alienation and a post-GST populist uprising, it begat the Canadian Alliance, which joined forces with the PCs into today’s Conservative Party, which governed from 2006 to 2015. Again, this is dynamic activity that is responsive to voters’ desire for change. Our system allows for this fluidity and change.

FPTP is less forgiving to parties that won’t change, but rewards parties that do. Basically, in our system, to paraphrase Shawshank Redemption, “Parties get busy living, or get busy dying.”

With PR, we would see a stagnating stasis, with tired parties blocking real change, and fringe parties emboldened to chip away at the margins. In FPTP, political parties are always changing. Some die, some return and renew, others start small and go big. Look at Prince Edward Island – the Greens may form the next government. That’s happening under FPTP.

FPTP incents parties to stretch, grow, appeal to a wider audience, and build a bigger coalition. Isn’t this what we want – parties that are as reflective and as representative of as many voters as possible? To gain upwards of 40% of the vote is a major accomplishment that shows the breadth of a party’s support. We should want parties to be big. Why would we want small parties to be rewarded for taking a small sliver of the population? That does nothing to encourage common ground.

Governing means implementing change. Through our history, there have been many minority governments, especially at the federal level – in the past 60 years, Stephen Harper, Paul Martin, Joe Clark, Pierre Trudeau, Lester Pearson, and John Diefenbaker all led minority governments.  That takes place within FPTP and, usually, for a term or two, they govern. It’s good for the system that we have occasional minority governments. It’s part of the dynamism of our system. Ultimately, voters return to majority governments.

Majority governments, in a country as vast as ours (and a province as diverse as ours), allow governments to be decisive. Parties campaign on a platform, then are accountable for delivering results. They have a strong hand, but they are tempered by many factors such as public opinion, media scrutiny, internal pressures such as the government caucus – and the fact that some governments actually do listen.

In Canada, as in the UK and other Westminster systems, our government is accountable to parliament in the Legislature and in Question Period. Scrutiny at the provincial level in BC is much more intense than local government and more intense than corporate scrutiny. You are always being watched and held accountable. In the United States, there is no daily legislative scrutiny of the executive branch. Our system works better.

When majority governments are elected, a strong hand allows for transformative change. Look at Dave Barrett’s NDP government from 1972 to 1975. Would a minority government or PR government implemented the ALR or ICBC? Probably not.

Would a minority government or PR government have made the tough fiscal choices that Bill Bennett made in the early 1980s or Gordon Campbell and Christy Clark made?

Too much horse-trading would result. The proof of the value of majority governments is when subsequent governments of a different stripe don’t change policies that they would not have otherwise brought in themselves.

Instead of constant deal-making, I would rather have strong governments, regardless of ideology, give it their best shot and be held accountable. The best policies will survive. The bad policies will be changed. Under PR, we will see half-measures and we will see a lack of firmness.

FPTP is not perfect. There are many flaws. I have seen them up close and personal.

We could make many changes that would improve our system in terms of how legislatures work, how caucuses operate, and how voices are heard that do not require PR.

The way to make these changes is through a public discussion and party reform, not through this sham process that will lack a legitimate outcome.

Compared to the Citizens’ Assembly process, the NDP-Green government should truly be ashamed of themselves with the PR referendum. Isn’t it interesting that the largest majority government in BC history – the Gordon Campbell government – delivered a much-lauded electoral reform process, while the current minority government delivered this?

As a teenage vote-splitter, I was told I would never make a difference. I worked on an impossible dream and, through commitment, hard work and a bit of luck, we succeeded. It was possible because our system enables both change and decisiveness.

Get rid of the old, bring in the new. Renew yourself or get retired. Let’s let the dreamers dream and continue to try – some will make it.

Christy Clark put her own stamp on the BC Liberals, earning her own mandate.  Established parties can renew. And renew again.

In my old age, I have fought off the vote-splitters. Push the mainstream parties to do better or perish. And let the little parties stay little until they get beyond their bubble and earn real power by appealing to a wider audience.

It would have been a real drag as a teenage vote-splitter, and a lot less exciting, if instead of sparking real change, all we had sparked was a minor tweak that led to the continuation of the status quo.

We don’t need an entrenched system as inflexible as the US system.

Instead of asking what works in theory, let’s appreciate what is working in practice. After all, we live in a pretty great country, and a pretty great province.