I wrote about the Over-Under line for majority and minority governments back on October 1st.

No government has won a majority with less than 38.5% of the popular vote in the past 60 years.  One government (Pearson) had a minority with 41.5%, so the over-under line was described as 38.5% to qualify for a majority and 41.5% to guarantee it.

The Liberals led by Justin Trudeau garnered 39.5% of the popular vote, falling within the range of many other majority governments in Canadian history, garnering the seats without needing to cross the 41.5% threshold. 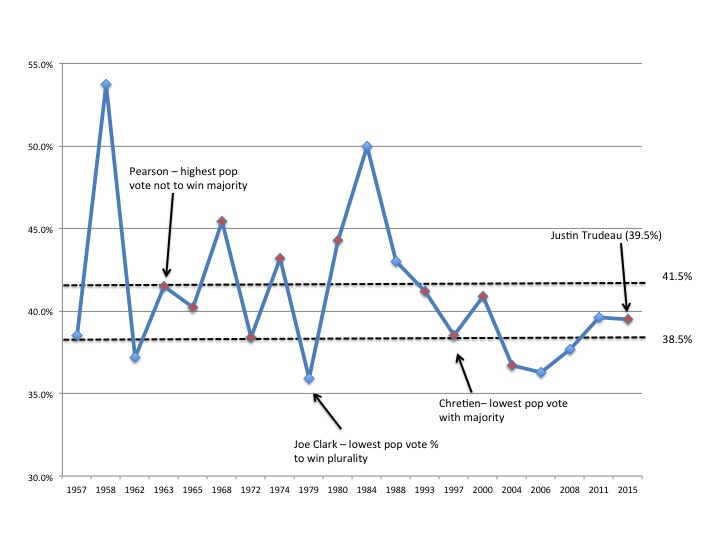